We have just returned from Brazil, where we went to the first-ever International Indigenous Games. 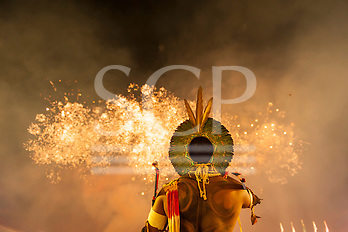 Over twenty countries sent delegations. There were archers from Mongolia and the Phillippines, runners from the USA and Kenya and canoeists from Finland and Canada. There was a good representation of Maoris from Aotearoa/New Zealanad.

From within Brazil 24 ethnic groups were represented, including several from the Xingu region. They were there to celebrate the rich variety of indigenous cultures and to show their physical strength to the world. 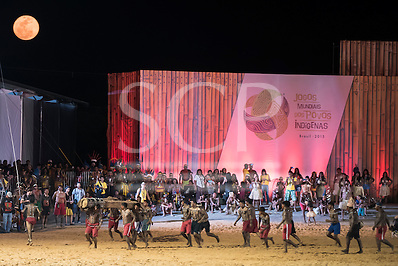 The event was poorly organised, and did not even pay lip service to any environmental concerns. It took place amid rows of enormous oil-powered generators whose principal function was to power ranks of air conditioners which battled to cool rooms and spaces that were open to the outside for the benefit of visitors to the games, while facilities for the contestants were woefully inadequate.

Yet it was an amazing opportunity for the diverse groups of indigenous peoples from around the globe to exchange experiences, ideas and information. 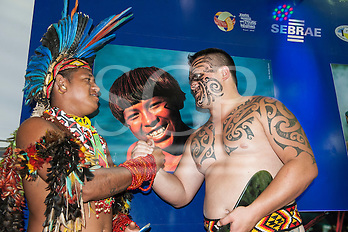 The Maori and North American groups told me that they have learned a great deal about the challenges facing their South American counterparts, and left with a resolve to help disseminate the information they had gained amongst their own people. They were shocked to hear about recent moves in the Brazilian Congress to water down the rights of indigenous Brazilians, which would put at grave risk their rights to occupy their traditional lands. When demonstrations about these proposals interrupted the games, nobody complained. 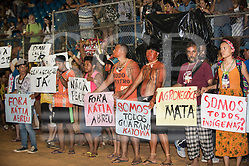 For the Brazilian delegations the games offered valuable opportunities to build communications and contacts with people from other parts of the country, especially important just at this time when their rights are under such a potent and potentially devastating threat.

Here’s a gallery of photos: